Check out what Functional Movement Disorder is 😀

FMD and the difference between other movement disorders

The difference being that whilst these others are an organic brain disorder, then some may possibly shorten life.
The functional movement disorder is not, it is classed as psychological or psychogenic as some name it, but it is not life shortening.

FMD sufferers have problems where the messages to and from the brain start getting mixed up, as they fire across the neurons and synapses in the brain. Due to the bodies Central Nervous System “wiring”, which is the signal sending and receiving lines. The Central Nervous System suddenly has a disconnection, and the persons body stops moving and functioning correctly.

It is not totally understood why this happens, but this is the part spoken about when the “brain breaks!”.

The “brain break” happens when a person has gone through a traumatic event at some time in their past, but at that time their brain was not able to process all the upsetting information so hid it away in the back of the brain.
Until a time where the person is back to a stable happy life, then the brain takes it upon itself to take out all these surpressed feelings to start and unravel and deal with them.

Well the brain thinks you are happy again, so you can take it now yes?
No!
It’s at this point where in effect the “brain break” happens, making the brain stop working properly and misfiring its bodily commands. When it causes havoc with the central nervous system, sending the signals to and from the brain incorrectly.

We can have so much going on classed as functional, yet some sufferers may still have some actual real problems.
Only we find that once we are labelled as functional, all the Doctors class every problem we have as “Functional”! It is incredibly upsetting, and can take many more years for sufferers to be listened to, and to get correct diagnosis’ for other problems.

I myself alongside my FMD have Dystonia Blepharospasm, Hemifacial Spasms and Cervical Dystonia. I just had my Botox injections last week, so am looking forward to a bit of relief in the coming days and weeks.

I also have a lot of back problems, where I’ve had many steroid facet joint injections, along with a steroid epidural back injection. These are painful, but none have worked for long, the steroid doesn’t seem to work for me.

I hope this answers some questions. 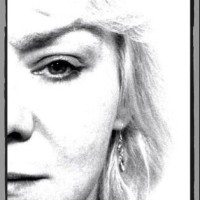